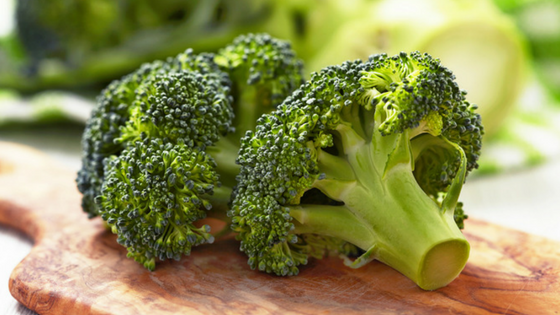 Changing your diet can reduce cancer risk by 40-50%. Researchers have identified an astonishing number of natural compounds that have powerful anticancer activity. Including these foods in your daily diet boosts your body’s defenses and helps your body ward off cancer!

I get asked this question over and over again so today I wanted to share with you my top 3 anticancer tips that make the most impact when it comes to reducing cancer risk and fighting cancer.

No.1 Eat cruciferous vegetables most days of the week

Cruciferous vegetables are considered to be “the super veggies” as the substances they contain are among the most important anticancer substances among all fruits and vegetables. The term “cruciferous” refers to the family of vegetables that includes broccoli, cauliflower, Brussels sprouts, kale, cabbage, and bok choy.

This family of vegetables contains a number of phytonutrients that trigger apoptosis (cancer cell death), boost the detoxifying processes of the body, normalize estrogen levels in the body and prevent cancer cells from spreading to other parts of the body.

No.2 Add turmeric to your meals or take regularly as a supplement

Over the last few years a great number of scientific studies have confirmed what has been known for ages in traditional medicine! Scientists have proved that a large number of herbs and spices posses powerful medicinal powers that can both prevent and treat various ailments. One such example is turmeric, the yellow to orange spice from India.

Curcumin, the bioactive compound in turmeric, has been found to block cancer at various stages, from its very beginning, to preventing the cancer building its own blood supply and blocking a cancer’s invasiveness and ability to metastasize.

Turmeric is also very powerful in reducing inflammation within the body. Inflammation plays a key role in cancer development and is greatly induced by today’s modern way of eating. Adding turmeric your meals or taking it as a supplement can make a huge difference in your body’s internal balance.

Add turmeric to your meals as a flavoring in rice, roasted vegetables, salad dressings, soups, and other dishes. For better absorption mix turmeric powder with some coconut or olive oil and a generous pinch of black pepper before adding to your recipe.

No.3 Check your vitamin D levels

From epidemiological studies we know that as vitamin D levels go down, the incidence of cancer goes up! Vitamin D has a key role in balancing the immune system. It regulates the growth of human cells and inhibits abnormal development that leads to cancer formation.

Check your vitamin D3 levels as part of your routine health checks and aim for a level of 40-60 ng/ml. Vitamin D is a fat soluble vitamin so the low-fat and fat-free madness of the 90’s has contributed to vitamin D levels going very low globally.

Vitamin D is primarily produced by our skin when we are exposed to the sun so if you live in a part of the world with little sunshine, if you are working long hours in the office or always using sunscreen

Join our mission to reduce cancer

My book “Anticancer – The Preventive Power of Food” is an easy tool you that will guide you to the right changes to significantly reduce cancer risk.