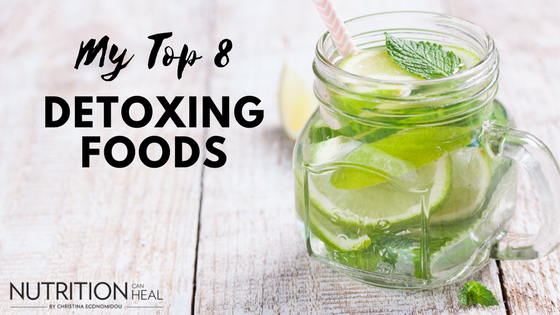 I have to admit I wasn’t a big fan of detox diets in the past. Since I was doing the research for writing my latest book “Anticancer – The Preventive Power of Food” and read the latest research on how certain foods support the body’s detoxification pathways, my interest on detox diets and detoxing foods grew enormously!

That was just the beginning as after that I have developed a number of detoxing protocols that I use in my practice and have seen their tremendous benefit time and time again. These integrated health plans stimulate the immune system and offer awesome health benefits, leaving people feeling revitalized and recharged.

In this article I present my top 8 detoxing foods, herbs and superfoods whose detoxing benefits are backed by scientific studies. I advise you to add these foods in your diet as often as possible to benefit from their ability to support your body’s natural detoxification processes on a day to day basis. 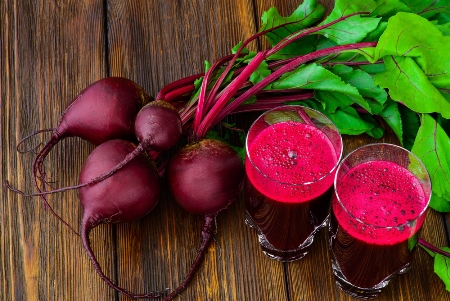 Fresh beetroot is your liver’s best friend. It’s vibrant, purple-red color is due to betalains, phytonutrients that have anti-inflammatory properties. Beetroots are among the richest sources of betaine, an amino acid that is associated with liver detoxification.

It has been particularly studied for its ability to prevent and reverse liver damage caused by excessive alcohol intake. Beetroots have also been found to protect the liver from prescription medications and pesticides.

Broccoli improves the phase 2 detoxification pathway in the liver by increasing Glutathione-S-Transferase, a major liver detoxifying enzyme. Broccoli is one of the richest sources of sulforaphane, one of nature’s strongest phytonutrients, which enhances the body’s ability to excrete carcinogenic substances so that carcinogens are excreted before they damage cells. 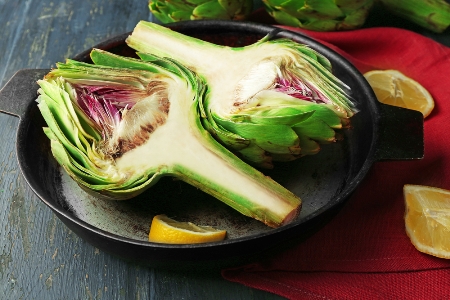 This edible flower is rich in liver protective ingredients, including cynarin, a compound that stimulates liver and gallbladder function. Artichokes can protect and regenerate the liver and protect the body against many detrimental toxins.

Traditionally coriander has been known for its ability to stimulate digestion as well as calm the intestinal tract and strengthen the stomach and its secretions. Studies have shown that coriander leaves also assist in the removal of the heavy metals aluminium, lead, and mercury from the body.

Garlic is an excellent detoxification aid. It encourages production of the super detoxifying antioxidant of the body, glutathione. 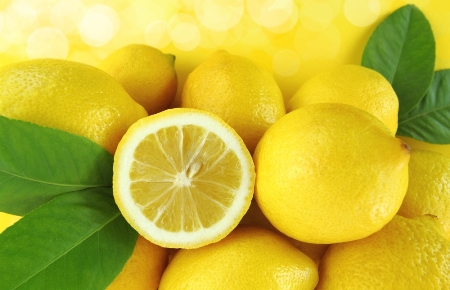 Squeezing a lemon in water every day is a very common thing to do among people who want a gentle daily detox aid. Lemons are known to excrete toxins away from the liver.

A study of Korean overweight women showed that those participants who followed a lemon detox program had a significant body fat reduction accompanied by decreased levels of CRP (an indicator of inflammation).

Chlorella and Spirulina are well-known detoxifying agents. They are able to bind and remove heavy metals such as aluminum, mercury, cadmium, and arsenic from the body.  From animal studies we know that chlorella can also to help with the elimination of some pesticides, PCBs, and dioxins.

Chlorella and Spirulina are green algae that contain the green photosynthetic pigment chlorophyll. The unique chemical structure of chlorophyll enables it to bind and “trap” toxins in the gut, preventing their absorption.

Very often the body’s detoxification canals become blocked. This is particularly the case with constipation. The large intestine is the first detoxification organ you must seek to improve its function, as toxins are mainly excreted through it. Chia seeds and linseeds work miracles in establishing a regular bowel opening and cleaning the gut. Add them gradually in your diet, staring with 1 teaspoon per day, proceeding to 2 teaspoons and finally to about 3 teaspoons per day. You can mix them in your salads, yogurt, oats, rice etc.