IS LEAKY GUT THE ROOT CAUSE OF YOUR AUTOIMMUNE CONDITION? 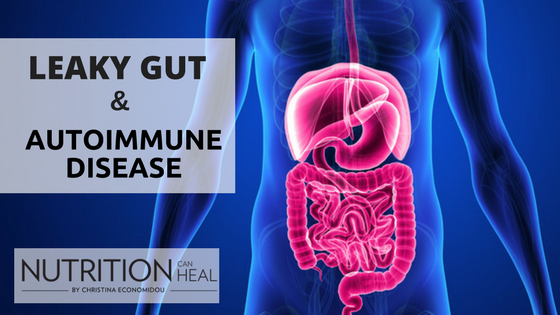 Autoimmune disease is definitely on the rise, and so are gastrointestinal problems. Is this a coincidence? Is there a link between gut problems and chronic diseases that appear at parts of the body that are distant from the gut, like rheumatoid arthritis, psoriasis, Hashimoto’s thyroiditis, fibromyalgia and psoriatic arthritis? The answer my friends might surprise you, and without doubt the answer is YES!

Autoimmune conditions are increasing at an alarming rate and have devastating effects in the lives of way too many people among us. I have seen first hand in my clinic the amazing life changing effects of restoring gut health in people with autoimmune disease. The research is finally here to support the initial hypothesis made by many scientists for a long time now, that the root cause of autoimmune disease is gut health.

Leaky gut syndrome, also known as intestinal permeability, is the exact phenomenon that is the beginning of a series of events that take place in the body leading to autoimmunity.

In this article we are going to get a clear understanding of what a leaky gut is and how it affects autoimmune disease.

Leaky Gut as a causative factor for Autoimmune Diseases

A review paper that was published in the Journal Frontiers in Immunology in May 2017 provides a summary of the scientific evidence that proves the causative role of leaky gut syndrome for autoimmune diseases. The authors of the paper conclude that:

“Multiple diseases may arise or be exacerbated due to a leaky gut,

including autoimmune diseases such as inflammatory bowel disease,

What is Autoimmune Disease? 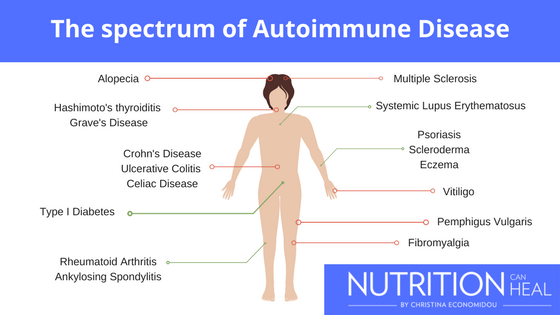 But let’s take first things first and explain what leaky gut really means and then dive deep into explaining how it causes autoimmune disease!

What is Leaky Gut Syndrome?

Our body is constantly challenged by a number of toxins, bacteria, allergens and pathogens that find their way to the gut. The intestinal tube that makes the gastrointestinal tract separates the inside of the gut from the blood that circulates in all the body and blocks these toxins from entering the inside of the body. Surprisingly, the wall of the intestinal tract is lined by only a single layer of cells. These cells are linked together by tight junction proteins. The role of this single layer of intestinal cells is to block the entry of dangerous toxins, undigested food particles and harmful bacteria to the inside of the body and in the circulation.

Under certain circumstances the inside of the gut becomes inflamed and gets swollen. This inflammation causes the tight junctions of the intestinal wall to become loose. Little pores (holes) then develop allowing toxins and food antigens from the gut to cross the gut barrier and enter the inside of the body. This is known as “leaky gut” and is also known as intestinal permeability.

80% of the immune system is located just below the gut wall. It is there for a very important reason: to protect us from the numerous bacteria and toxins that constantly enter the body via the digestive system.

When leaky gut develops, toxins, bacteria and undigested food particles penetrate the gut wall and cross the intestinal barrier. The immune system that lies just below the gut wall identifies them as dangerous invaders and creates inflammation to get rid of them.

Food intolerances are developed as a consequence of leaky gut, which means that the immune system creates antibodies against these invaders which are often common food particles.

If leaky gut remains untreated, more and more particles escape into the bloodstream. This triggers an immune response that travels through the whole body and spreads inflammation to different parts of the body. As the inflammation increases, the immune system becomes over stressed and begins attacking less accurately.

The over-acting immune system often gets confused and begins attacking the body’s own tissues creating the damage that is characteristic to autoimmune disease. Some of the foreign invaders mentioned above have a structure that is very similar to some of the body’s own cells.

For example gluten and dairy are common triggers of autoimmune thyroid conditions (Grave’s and Hashimoto’s thyroiditis). The reason is that the structure of both gluten and casein (the protein in dairy) are similar to the cells of the thyroid gland.